Members of his family or anyone who knows or knew him
Mr. George Sutter lived in the Bronx, NY at 153 E. 165th St. in the 1940's. I believe he may of resided and worked at the Grand Plaza Hotel there as he used that phone number in his classified ads for his country boarding house, which was the former Knapp Mansion located in Mastic Beach, Long Island, NY. 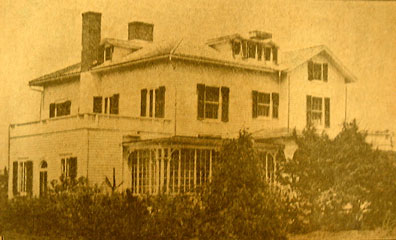 Moriches Tribune March 1941
George, a Greek immigrant, was a headwaiter (1930's) and possibly a manager of the at the Grand Concourse Hotel in The Bronx in the 1940's. His wife Lillian was from Austria and they had one child in 1930, also a George who could possibly alive today. There could also possibly be more children. The Sutters owned the Knapp Mansion in Mastic Beach from Jan 1941 - May 1950, when they sold it to the Diocese of Brooklyn and St. Jude's Church in Mastic Beach

WHEN HE PURCHASED THE KNAPP MANSION.

I think this is the first the first time I saw a middle initial used on any of his paperwork. Being of Greek heritage I would say it would be a safe bet to surmise the D stood for Demitri ? It certainly couldn't of stood for Dodiopious ? Of interest though is that he and Mr Dodi Knapp were only a month apart in age although I would bet their early lives were vastly different. George emigrated to America from Greece in 1910 and Americanised his name.

George D. Sutter passed away in July of 1962 at the age of 70 . I have also found that his son George born Dec 27, 1927, passed away in March of 1993 in New York City at the age of 76. I am still hopefull that there are more descendants of the Sutters out there that may have photos of the time the Sutter family owned the Knapp Mansion from Jan 1941 - May 1950

I just came across this real photo postcard from 1943 , of the era that the George Sutter family owned the Knapp Mansion. It is VERY RARE and the first one I have ever seen. Most likely George Sutter had these made to promote his now two year old venture of operating a summer boarding house. Something I believe the Sutters found no easy task during WW2. The message on the back was written by Suzan(?) of Suzan & Charlie, who were either related to or friends with Vilma & George Sutter. There is a reference to war rationing in regard to the "meat situation" . The mansion appears to be in excellent conditiion here. I'm still betting that the Sutters had professional photos taken of the interior to promote their buisness, or that there are still great interior photos that St. Judes Church of Mastic Beach had taken after they purchased it from The Sutters in 1950 . 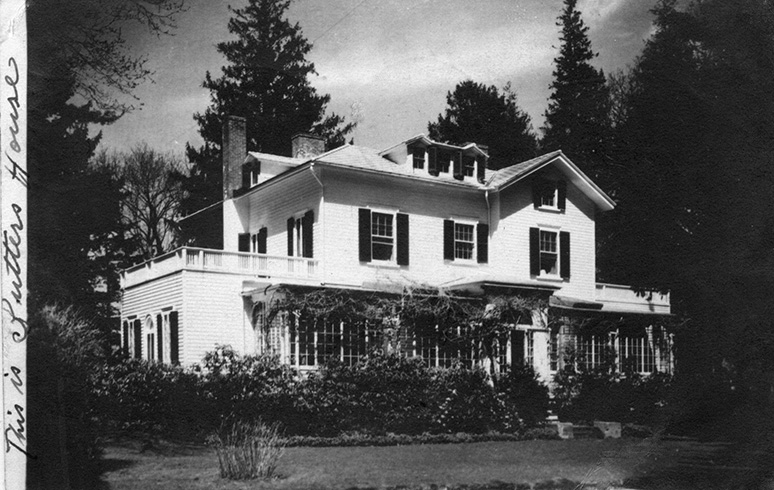 IF YOU HAVE ANY INFORMATION PLEASE GET IN TOUCH WITH ME